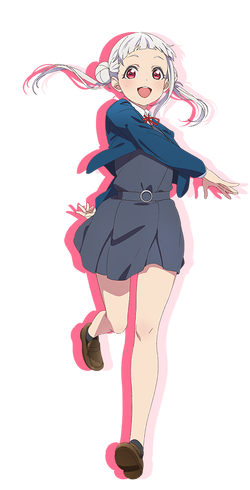 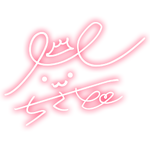 Chisato Arashi is a main character in Love Live! Superstar!!. She is currently a second year student at Yuigaoka Girls' High School, initially being a first year in the first season. She is a member of Liella!. Her image color is peach pink.[1]

Chisato is the childhood friend of Kanon. Having an athletic spirit, she entered the school primarily to dance, but after a chance encounter with the other girls, Chisato would instead focus more on becoming a school idol. While attempting to also establish a dance club at Yuigaoka, Chisato strives to build up her physical fitness each day, often devoting mornings to long-distance running. Perhaps stemming from her love of cooking and intense fascination of round objects, Chisato works as a part-timer at a takoyaki food truck, which can be seen parked within Aoyama's "Commune" open-air food court.

Chisato is very kind, sweet, loyal and supportive towards Kanon - and later all the other group members. Although she describes herself as having a friendly and congenial personality, Chisato admits that others would find her "scary" whenever she gets angry - a thought that rarely crosses her mind. She loves to converse with her friends and go shopping together. Chisato is also very well-attuned to the latest news and rumors traveling within her school, seemingly to the extent that she might one day become Yuigaoka's official gossip girl.

Her favorite sayings are, "The early bird gets the worm," and, "Fortune comes in at the merry gate."

She used to be bullied as a kid as she was meek and soft-spoken, and was defended by the more assertive Kanon.

Chisato has a slim figure with white hair that is tied into high side buns, as well as dark pink eyes.

The songs featuring Chisato are: