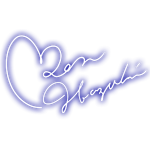 Ren Hazuki is one of the five main characters in Love Live! Superstar!!. She is a first year and student council president at Yuigaoka Girls' High School and a member of Liella!. Her image color is sapphire blue.[1]

Ren is dedicated to enriching the lives of her fellow students, as the school's responsibilities were handed down to her by her mother. Her home is very close to the school, and likewise separated from the hustle and bustle of the city. Ren studies calligraphy, art, English, ballet, and practices swimming, but she is particularly adept at playing the piano and performing as a figure skater. Ren comes from a background of affluence and high class, with her growing up in a mansion.

Her family situation is a bit complicated; her father left them to go work overseas due to disagreements with her mother, who worked hard founding Yuigaoka in the place of her old school. Her mother shortly passed away due to health complications, which left Ren alone with a maid. Ren, thus, feels obligated to help sow the seeds of a great school, one that many hard-working and upstanding students will want to flock to so that she can fulfill her mother's dream.

Ren is polite and speaks with a very formal tone, although she is not quite used to handling casual conversations. Having been told as a child to refrain from spending too much time online, she also has difficulty communicating on camera. But considering that Ren is a fairly disciplined individual who manages her time well, she could easily dispense with any form of small talk. Ren believes that she mainly takes after her own mother, given her own unwavering commitment towards making Yuigaoka the number one school in her city.

Her favorite saying is, "Never forget why you started."

Ren has a slim figure with long black hair that she has tied into a high ponytail with a white ribbon and has hazel eyes.