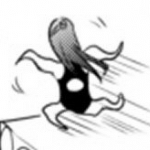 hello im Aya im lazy to use proper punctuation marks most of the time so i dont think youll see a lot of it in my profile page-- i thought of giving my profile page a complete makeover, hoping it'll be shorter--

it didnt change much orz

anyway, im a magical rainbow unigiri that's all over the place and mostly lazy but im still an admin (surprisingly wao) so you can always leave a message on my wall if you have anything to ask-- or if you juz wanna chat or talk bout random stuff, thats cool too lel but probably better to hop in to the LL! Wikia's discord server and chat with everyone wooooo

i currently live in Asia and am fluent (not really) in two languages, in which one of them is English- i have veeeeery slight understanding of a few other languages but thats all rip i can kinda understand Japanese a bit, but im still learning so faito da yo watashi- ganbaruby

so now some background bout me in wikia-- i first made an account during the first week of March 2015, and that was cuz i saw people in chat and was like "oh cool people i can chat with about love live maybe they can teach me more bout the anime" since that was the day i first came to the wikia for info bout LL-- and then i became a part of the LL! wikia's cast LOL i met lots of good people and friends and im always thankful when i think bout how much meeting the people here made my days so SHINYYYYYY lel
i usually treat the main LL! wikia team (or staff) as family but also other people are included too, tho i juz dunno what to call them if they were grouped up rip me- i also met my very most bestest and closestest friend here and thats wiw, the adorable ball of fluff and sparkles and kindness-- and then i got new siblings too, elder siblings like raggy, vero, lucia, mika, sam-- and then mirage the younger sibling but i always feel like im still younger either way ;w; lots more people i met in the wikia are my siblings too tho ; u ;

i like Yuriiiiiii lel but im more of the Shoujo Ai fan- i like the fluff-- i support quite a lot of pairings in love live- but my main ships are NicoMaki and RinPana-- then for sunshine, im still shipping YohaneMari until now- but main ships are any ships with Kanan in it, and also YohaRiko, and MaRuby-- heck theres lotsa good ships in sunshine i give up on listing

i used to play PSO2 feelsbadman

i like a Japanese girl rock band called SCANDAL, and i like the main guitarist, Sasazaki Mami, quite a lotttttt- but i like everyone else since theyre also funny and cute as a group lel

Thanks for reaching the end of my profile page and looking at this meme :^)
YOUSORO!!!
Sincerely mikan, Cateisynk
Retrieved from "https://love-live.fandom.com/wiki/User:Cateisynk?oldid=113226"
Community content is available under CC-BY-SA unless otherwise noted.